You Won’t Believe What Soda Can Do To Your Kids

January 6, 2016 By Mobile App, News, SchoolsComments Off on You Won’t Believe What Soda Can Do To Your Kids

As a provider of fresh and organic food, that is dedicated to titillating your child’s taste buds while stimulating their healthy development, The Lunch MOB , one of Orange County’s leading school lunch program providers, has been engrossed in research bringing light to foods that should be kept away from our loved ones. As a parent, establishing an enjoyable dietary routine for your child may be difficult. This is why you need full clarity as to what foods you need to limit your child’s consumption of, however enticing it may be.

Recent trends in the soda industry targeted at young kids have suggested steering towards the artificially sweetened stuff may be the best option for your child. This has drawn criticism from many about the drawbacks of these sweeteners as well as children’s soda consumption. On the other hand, those whose kids frequently drink the beverage feel reassured they have been provided with an alternative that may be healthier for their little ones. In the midst of this debate arose the results of a study published in The Journal Of Pediatrics, which established a clear correlation between soda consumption and aggressive behavior in children.

Can Soda Make Your Child Aggressive?

The study, conducted on 3,000 five-year-olds from around the country, observed that almost half of the children (43%), consumed at least one serving of soda a day. The study involved the mothers filling out information about their children’s diet, habits, and behavior over the course of two months.

The level of aggression their children displayed was measured on a scale of 1-100, 50 being the benchmark for average aggression levels while anything above 65 suggested worrisome aggressive behavior. The lead conductor of the study, Shakira Suglia of Columbia University’s Mailman School of Public health, claims anything above the latter level (65) required an evaluation of the child for possible pathologies of violence and aggression.

Kids that drank no servings of soda scored on average 56 on the aggression scale, as opposed to a 62 for those that reportedly consumed about four servings a day. The relative similarities in all other factors relevant to the study – the tv the kids watched, the candy they ate, the hours of sleep they got – suggested a clear link between the amount of soda they drank and their aggression scores. Higher aggression levels were characterized by tendencies to destroy other children’s toys, get into fights, or attack people.

What Does This Mean For Your Kids?

Though the research shows clear patterns of aggression in kids consuming soda in high quantities, discernible differences are only present when the consumption is frequent and excessive. There is no true evidence that occasionally drinking naturally or artificially sweetened soda will have a nefarious effect on your child’s behavior. As we at The Lunch MOB attest with our carefully crafted meal and school lunch program plans, an occasional treat will neither harm your child nor decrease their interest in healthy foods. Variation is key.

Related Article: The Top 6 Snack Ideas Your Kids Will Love

It must however be noted that treating your child to their favorite soda needs to be done within reason. Besides encouraging hyper-activity, the high levels of sugar in soda can lead to obesity, diabetes, and other life-threatening issues if consumed often. Meanwhile, artificial sugar increases appetite, contributes to unhealthy dietary choices, and can become addictive.

As soda has no key nutrients that will help kids grow optimally, The Lunch MOB believes they shouldn’t be considered essentials to accompany your child’s meals. We think that in teaching your child to enjoy natural alternatives, you divert their interest from the soda they may have grown to love too much and steer it towards scrumptious healthy snacks involving fruits and energizing, natural sugar.

You may also consider planning when your kids should be treated with the beverage to avoid sharp peaks of energy in your child that could lead to aggression or loss of attention. Allowing soda on weekends will give them something to look forward to and they will actually be able to play the energy boost away. Should you lean more towards non-sugary alternatives, make sure they are FDA approved. It is also advisable to pick the drinks with the lowest caffeine content, as it is addictive and has a much stronger effect as a stimulant on children. Sodas do not hydrate anywhere near as much as water does, and so aren’t the best option when your kids are exercising. Though vitaminized water may appear a good option, eating The Lunch MOB’s highly nutritious meals would already provide your child with all the vitamins and energy they may need.

For more information on how The Lunch MOB helps students and parents prevent this problem, or if you are interested in any Orange County school lunch program, contact us today.

Sorry! You reached the daily limit.

About The Lunch MOB

There is a nationwide kick to get kids eating healthier in schools. And yet, the available choices just aren’t good enough to satisfy their tastes. No question there is great value for kids to eat whole foods that are NOT pumped up with preservatives and junk. By truly focusing on the ingredients and how they are put together, we made it OUR mission to create fresh meals that kids love, with the nutrition that kids need. 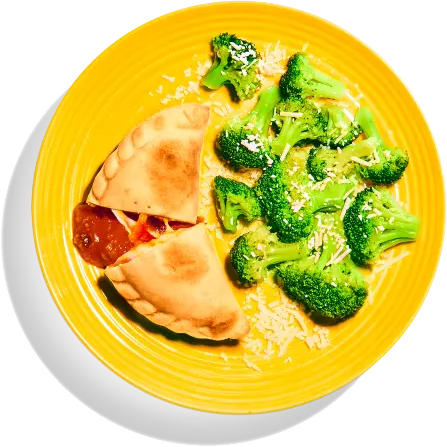 Our Pizza Pocket and Broccoli Parm kid's mel is a new spin on this classic combo that's ready to go wherever, whenever. the Pizza pocket combined with organic broccoli is the pefect precooked protable meal for kids that's ready for school lunches or as a an afer-school kids' dinner without the mess of traditional pizza. Serve this meal hot or cold and it's sure to feature a side of smiles, Yumble is precooked meal delivery for kids. We provude fully cooked and wholesome a versions of kids' favorite meals and deliver to your door with free shipping, weekly!

Our Pizza Pocket and Broccoli Parm kid's mel is a new spin on this classic combo that's ready to go wherever, whenever. the Pizza pocket combined with organic broccoli is the pefect precooked protable meal for kids that's ready for school lunches or as a an afer-school kids' dinner without the mess of traditional pizza. Serve this meal hot or cold and it's sure to feature a side of smiles, Yumble is precooked meal delivery for kids. We provude fully cooked and wholesome a versions of kids' favorite meals and deliver to your door with free shipping, weekly! 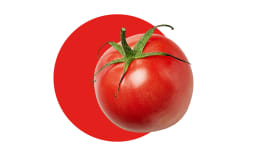 Tomatoes are the major dietary source of the antioxidant lycopene, which has been linked to many health benefits, including reduced risk of heart disease and cancer. They are also a great source of vitamin C, potassium, folate, and vitamin K 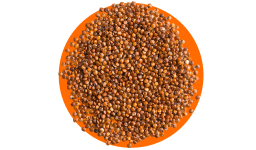 Quinoa is packed with protein and fiber for sustained energy, and serves up the important minerals zinc and iron.

From our kitchen to yours

We created this meal to be perfect for fueling up in the car after soccer practice. If your family isn’t 100% happy with Yumble, we’ll work with you to make it right.

See All Meals
×
Thank you for signing up with us! Unfortunately at this time, we're only serving certain parts of Orange County, California, and we're not available in your area yet. But please contact us so we can look into serving your area in the future. Stay tuned and we'll be sure to let you know. In the meantime, you're welcome to follow us on Facebook and Instagram.
THANK YOU!